How to get the Public Transport card Istanbulkart in Istanbul

How to get the public transport card Istanbulkart in Istanbul

Each of these facility is very well maintained and efficient in use. To use these facilities there are 2 modes of payments available. They are:

The first option is for people who don’t use public transportation but want to use it once in a blue moon. These tickets / Jetons can be purchased from Vending Machines installed at the Metro Stations or from the Buses if you are travelling on a bus. If you are a repeat Public Transport user then purchasing a ticket each time you go from one place to another could be a bit of a hassle as you will have to stop again and again to buy the ticket. Another disadvantage of using a Jeton Token is that the fare is higher then the ones you pay when using Istanbulkart.

The second option of using the Istanbulkart is highly recommended as it gives you the convenience to roam around freely without having to buy tickets every time you have to travel. This option of payment is economical and gives you great benefit while travelling.

HOW TO GET ISTANBULKART FOR PUBLIC TRANSPORT IN ISTANBUL

Getting an Istanbulkart for Public Transport in Istanbul is an important aspect if you are visiting Istanbul and plan to use its wide transport network. If you don’t know where to look for the Istanbulkart, than it can get difficult as there is a language barrier in Istanbul as many locals don’t understand English. It is really simple if you know the procedure and have done some research to buy the card. Before getting one we need to know what is Istanbulkart.

Istanbulkart is an Integrated Electronic Ticket System that uses RFID Cards for using any Public Transport within Istanbul. You can use any of the modes of Public Transport with this single card. Each Istanbulkart has a separate number. Istanbulkart doesn’t have your name on it so anybody who has it can use it. As this card is prepaid so you have to make sure that there is ample balance for you to make your journey and come back. Card can be topped up easily from almost anywhere in Istanbul.

WHERE TO BUY AN ISTANBULKART

Istanbulkart can be purchased from various locations within the city. You can get them from following places:

How to get unlimited 4G Portable Internet WiFi Device that can connect up to 10 devices simultaneously, delivered to your Istanbul Hotel before you arrive

These Vending Machines are available at many locations in the city. You will find these machines at Airports, Metro Stations or Ferry Stations etc. and they are available in ample quantity so that you don’t have to wait in queues to use them. Finding a Biletmatik is not a problem but using them can be difficult if you don’t know what to do with it.

Once you have changed the language you can then select the required option to get new Istanbulkart. Keep in mind that Istanbulkart can only be purchased using paper notes and the vending machine will only take currency notes in denomination of 5, 10, 20, 50 and 100 Turkish Liras. Machines will not return the change so be careful when inserting bigger denomination notes. Minimum amount required to buy an Istanbulkart is 20 TL out of which 6 TL will be for the card and the balance 14 TL will be the amount that you can use for travelling.

There are various small shops or kiosks at every Metro and Ferry Stations from where you can buy the Istanbulkart. This is the easiest way as you just have to ask the shop keeper to give you an Istanbulkart and pay him 20TL. But keep in mind that sometimes the shops are out of stock for theses cards and so you might have to use the Biletmatik. Hence, it is good to know the procedure in case the shops or kiosks run out of Istanbulkarts.

Now that you have got your hands on the Istanbulkart, you need to keep in mind the following things:

1.MORE THAN ONE PERSON CAN USE THE SAME CARD

Most people have this question that do you have to purchase a separate card for everyone. The answer to that is no you only need one card and you can use it for as many people as you like. Multiple people can use the same card. Just swipe / scan it as many times as there are people.

2. YOU NEED TO SCAN THE CARD AT EVERY INTERCHANGE

Many times you will need to change the metro line or take separate bus or ferry and for every interchange you need to scan the card again or in other words pay the ticket fees again.

3. CARD CAN ALSO BE USED FOR HAVAIST SHUTTLE BUS FOR TRANSFER TO AND FROM NEW ISTANBUL AIRPORT

You can also use Istanbulkart for using the airport transfer facility for passengers called HAVAIST Shuttle Bus Service to transfer to and from various locations within the city. Tourists can also use this facility and it is very popular as it is really economical and takes you to both Taksim and Sultanahmet areas which are the most popular tourist destinations in Istanbul. Apart from these 2 stops the shuttle also stops at 18 other stops within the city. To know more about how to use the service you can read our other post here:

4. CHILDREN UNDER 4 GO FREE ON PUBLIC TRANSPORT IN ISTANBUL

You don’t need to pay for babies and toddlers when travelling on Public Transport within Istanbul.

5. ISTANBULKART CANNOT BE USED FOR TAXIS

For Taxis this card cannot be used for payment. Private taxi can be booked online from here.

For more information regarding places where you can buy the Istanbulkart or other related information, you can visit this link here.

So, all in all, Istanbulkart gives you the convenience and piece of mind to travel freely when in Istanbul, Turkey. It is a great initiative that is been widely accepted by the locals and the tourists alike. There is no argument in that once you purchase this card, your visit to Istanbul becomes more enjoyable as you don’t have to worry about purchasing the tickets again and again. It also saves you precious time that you would have wasted in purchasing tickets and you can utilize this time more positively.

Other Posts related to Turkey:

This post was on how to get the Public Transport card called Istanbulkart in Istanbul. 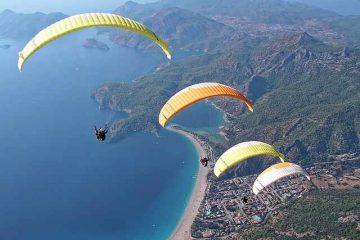 How to Book Paragliding Tour in Oludeniz, Fethiye Turkey Online

Planning a Vacation to Turkey? Tandem Paragliding should be on top your list! Here's how to Book the Paragliding Tour from Oludeniz, Fethiye Online 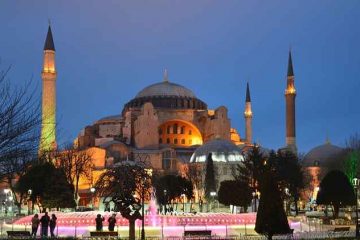 Going to Visit Istanbul? Here's how you can Book a Guided Tour of Hagia Sophia Online. Save your time and energy by Booking Skip the Line Tour beforehand 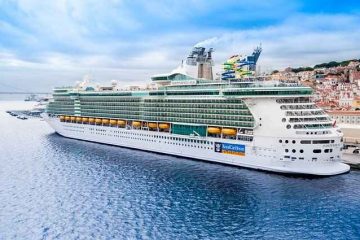 What to Pack when Going on a Cruise with Children

Going for a Cruise with Kids? Here's what to pack when planning a Cruise with Children. Essentials to get the most out of your Cruising experience